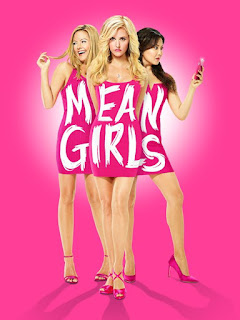 All my life I have dealt with mean girls. High school was worse and I thought the faze will end there but it seems some woman just grow with it and become more and more meaner. In high school I built a wall and chose my friends very carefully because there were some who pretended to like me but every chance they had, they spoke about me horribly. Up until this day I still deal with such nonsense. It is shocking that in their adulthood they still the same even though they have kids etc, we should be past that stage already. It use to affect me terribly where I did not even want to go to school. Anything I did I was judged on, even the clothes I wore.. I will never forget this time, I entered a modeling competition. It was my turn to step on stage, but before I could I slipped- almost fell face first- and there was one of the "mean girls" sitting front seat (my luck)- and she had to see me almost falling. She laughed, and not just any laugh, she laughed for attention so that everyone else could to. I stepped on stage, did my thing but no smile on my face, I just wanted to get over and done with the competition. I did not win, was not even placed that night all because I was so demotivated because of this girl. After the show I told my father what happened, and he said to me that I am always going to meet such people, they see something in me that they wish to have. I never took my dad's advice that day. I think that was one of the last competitions I entered because I just hated been embarrassed. As I have grown and slowly found myself, I kept convincing myself that I should never be bothered about what people say- but live my life the way I want to and enjoy life while I am doing so. I gave a lot of people in my past second chances since school, everything I hear them say about me now I take with a pinch of salt and just keep it moving... Blocking them totally out of my life is so peaceful instead of me confronting them.. I have no time now- it is just unfriend and block.. Easy Peasy- PEACEFUL...

The label "mean girls" is an expression used to describe girls who exhibit an anti-social behavior known as relational aggression. "Mean girl" behavior includes gossiping, verbal put downs of others, bullying, backstabbing, using others to get ahead. Girls who are friendly one minute, and mean the next may be referred to as "fremenies". There are woman who are still "mean girls" growing up daughters- ARE YOU MAKING HER A MEAN GIRL AS WELL?

Parents who have daughter's who are dealing with "mean girls":

The best way to help you daughter manage a bully or a "mean girl" is to talk about behaviors and let your child know that you're always there to talk and listen. She will not feel alone if she knows she can talk to you- if she has no one to talk to- this can lead to depression and even worse suicide.  Help your child to develop skills to deal with gossip or alienation. Do some role play with your daughter with potential problems with her peers. What not to do: If you child is complaining about bullies, it's time to pay attention. Bullying behavior can be dangerous. If not dealt with it ruins the child's self esteem and make her school life miserable..

Genesis 4:7 If you do what is right, will you not be accepted? But if you do not do what is right , sin is crouching at your door ; it desires to have you , but you must rule over it.. 🙏

Unknown said…
Way to take your pain and turn it into a lesson for others! And yes, mean girls come in every shape, age and race!
February 23, 2019 at 5:20 AM

Kendra said…
I remember this movie. My daughter used to love it. She started trying to act like them after watching it a thousand times. Love your advice for parents. Let's just say we had a long talk and she wad not allowed to watch it anymore. I don't understand what people get from being mean to others. Great post.
March 1, 2019 at 7:03 AM

Tiffany said…
So sorry you went through this. I recall a time or two being treated badly in school just because 😔
March 2, 2019 at 4:43 PM