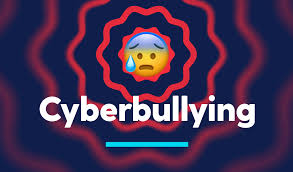 Bullying is very difficult for anyone to deal with. Now that we have social media it seem's to have become worse, the bully has so much time to sit wherever and just discredit someone by posting negative stuff about an individual. I really believe that people like this have insecurity issues.

Cyberbullying is becoming a huge problem and I feel that it is now becoming worse with the ADULTS. They prefer using this technique now instead of talking and speaking to someone face to face. How are the kids suppose to learn anything or know that bullying is wrong when "we" doing it.
Spreading Rumors, Calling people names, making things up to get someone in trouble, taking things away from someone, taking your friends away from you, threats and intimidation- that's all bullying. I think people who do this are so weak, they do not have lives so they envious of the next person and they will do anything to hurt the person.
Like yesterday for instance someone told me their story about been bullied on Facebook. Because this person has so much confidence in herself, the bully started been so hateful and started posting indirectly- what does that say about you. If someone posts about themselves, maybe buying a house, or maybe something as little as getting themselves a new boyfriend and they want to post about it, why should it be upsetting you so much. Also if a person wants to wear whatever she/he wants to wear and posts all types of pictures of themselves, why must it be an issue for you. Why would you want to take so much energy from yourself. I asked the person in question who is been bullied if the bully pays anything towards their lifestyle, towards their rent or buys them data, if you are doing these things for yourself, why should you care what the next is saying, just ignore the persons post and move on, or just unfriend the person.

Cyberbullying is for the weak...